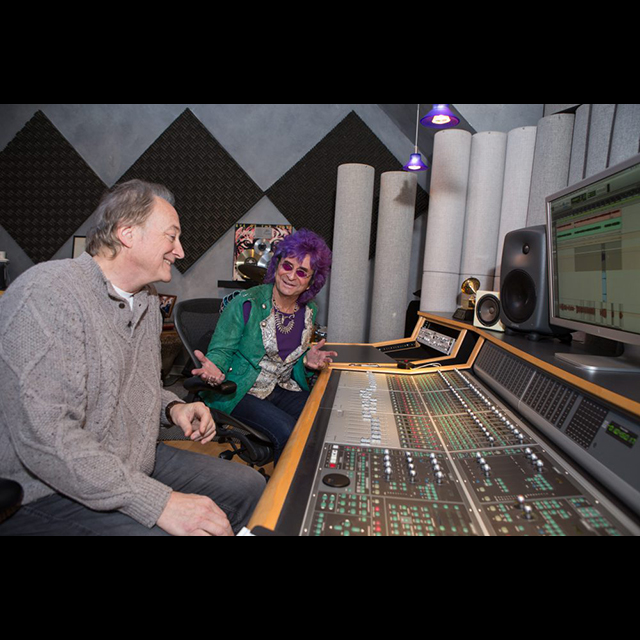 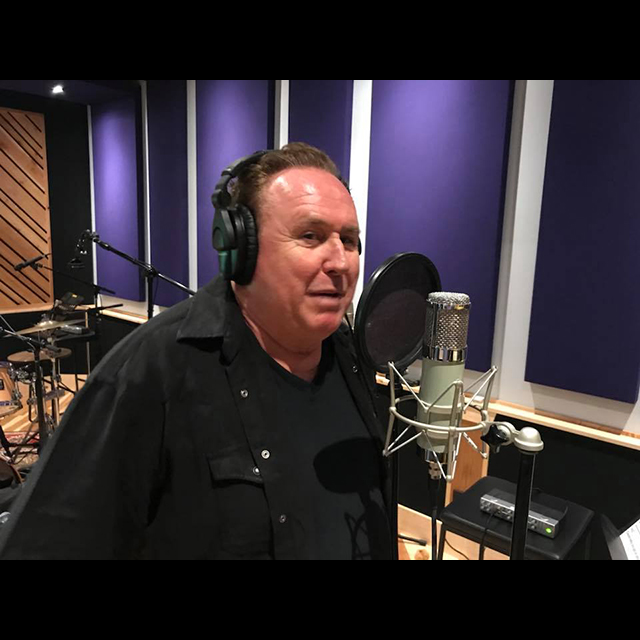 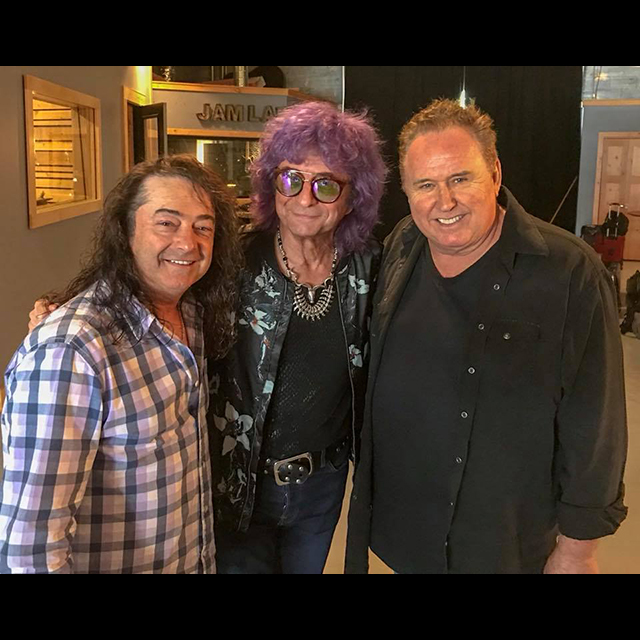 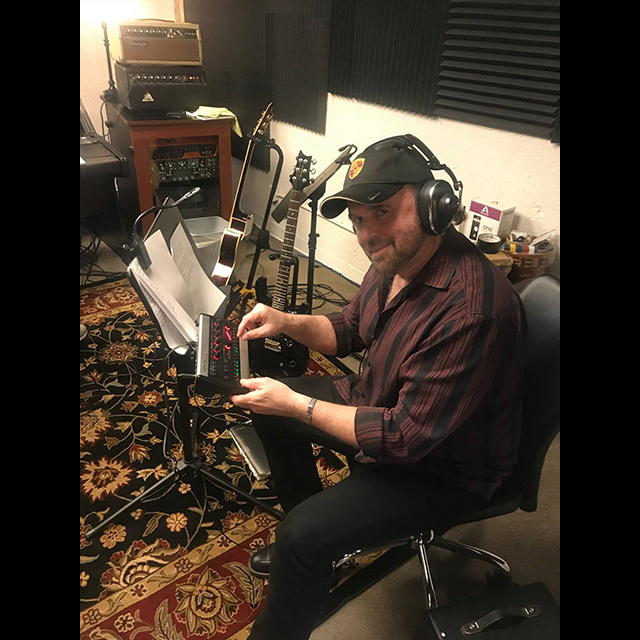 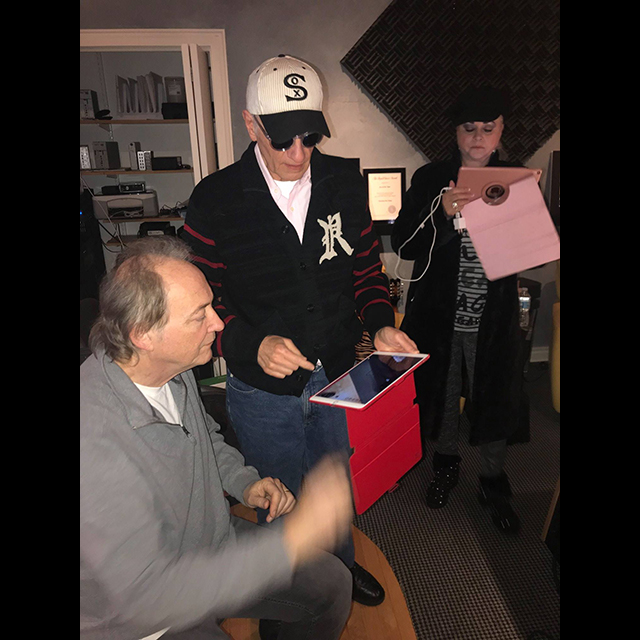 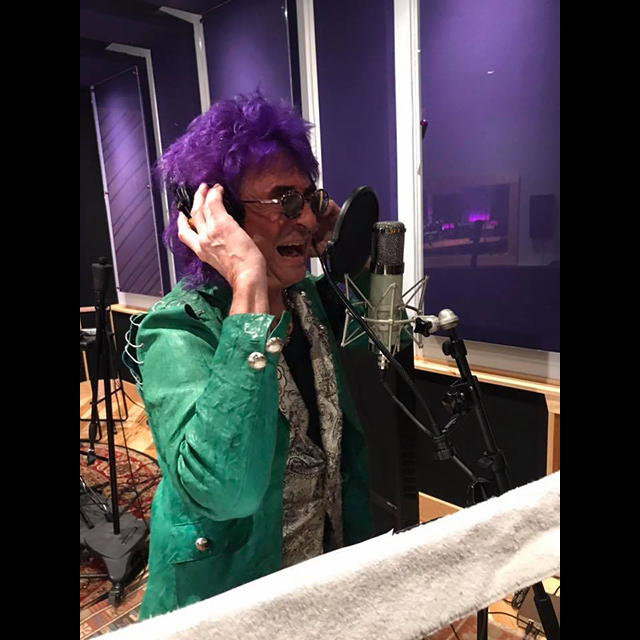 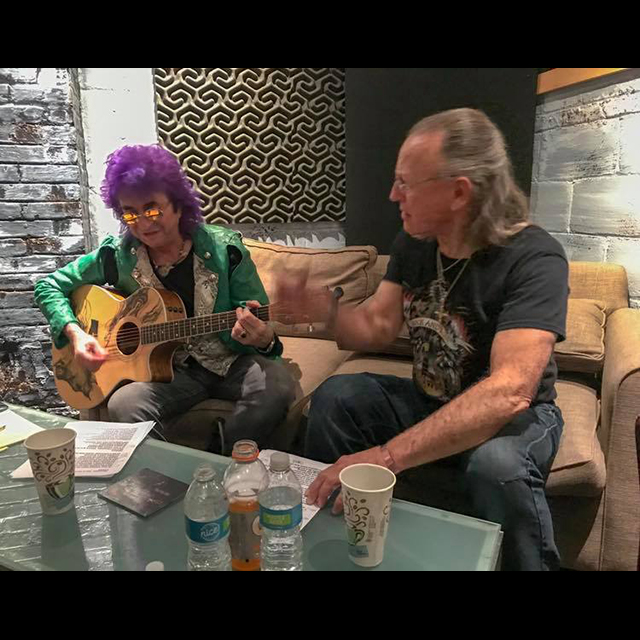 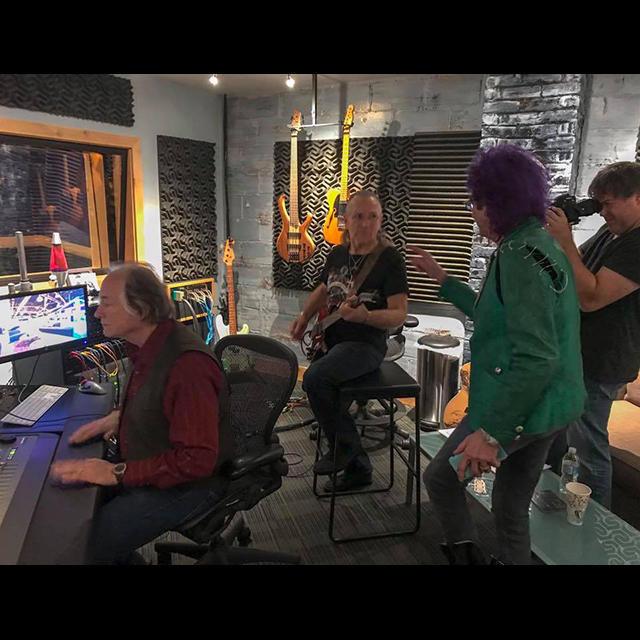 with shots of what Jim is lucky enough to do practically everyday – work and play in the studio.

Shots include current and vintage shots from some of Jim’s most notable sessions and some that are less famous than they were and just plain damn fun.

Jim will also be offering some tips on what makes a session special and how to bring out the best in an artist I’m working with.

This section follows the course of the guitar fetish Jim has nurtured since he was 11 years old. Here you can see him holding his very first guitar, the beloved Noble Wandre that his dad surprised him with, Christmas 1962. Jim will try to keep you in the loop to see his latest acquisitions.  You can also see video from the series, Guitars That Followed Me Home and the many guitar tours he’s conducted through the years. 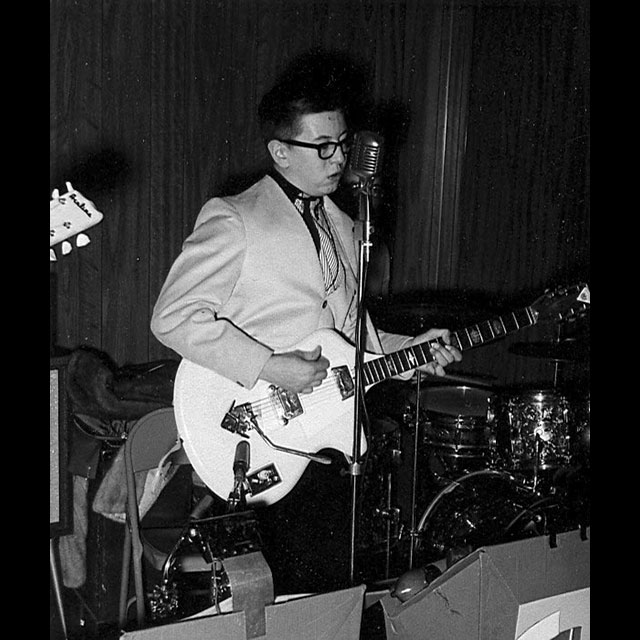 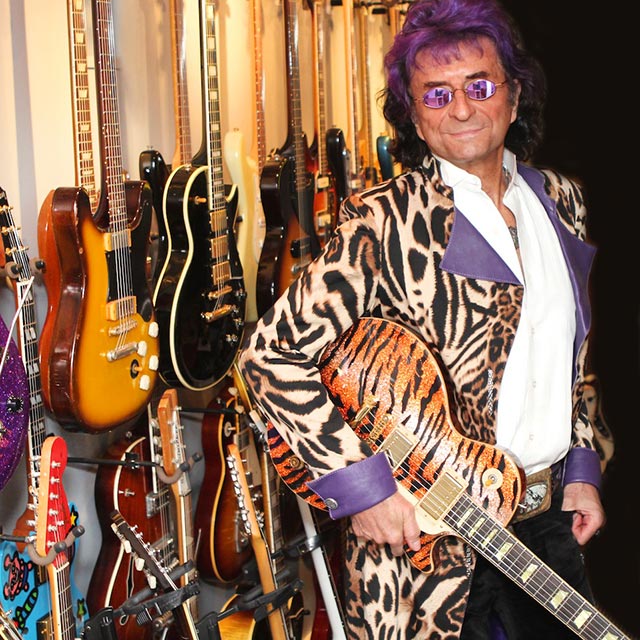 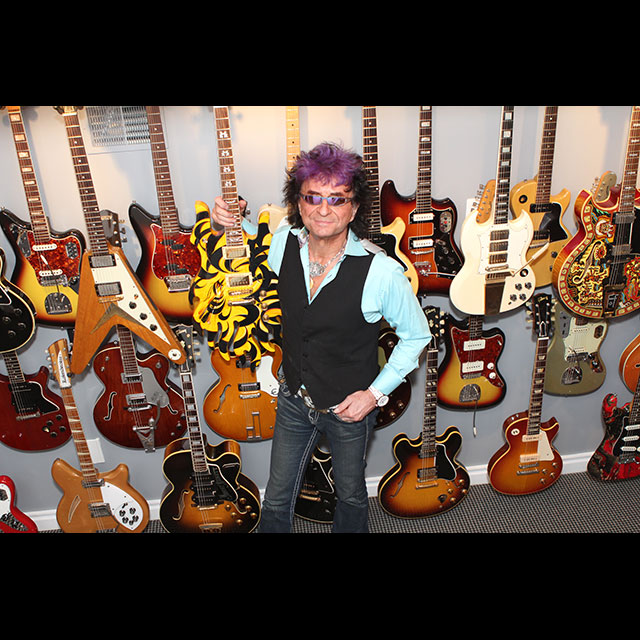 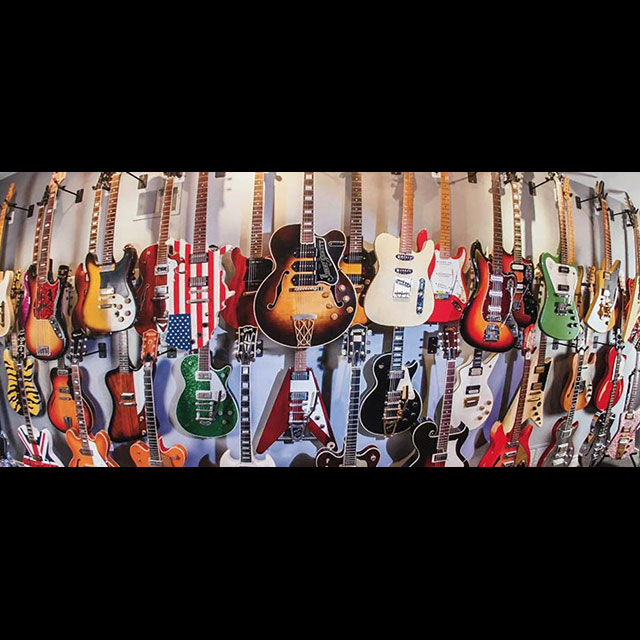 Ever since PAF humbuckers

met flamed-maple top in 1958, the Les Paul Standard has been revered among players for its unparalleled heights of tone and playability, as well as its sultry looks. The guitar took on iconic status in the hands of players such as Eric Clapton, Mike Bloomfield, Jimmy Page, Paul Kossoff, Slash, Zakk Wylde, Jim Peterik and countless others.

Guitars That Followed Me Home

is a full size calendar Jim released back in 2018, featuring some of his most prized guitars. Be sure to get your copy today, but visiting the merchandise page!

Guitars That Followed Me Home Calendar Promo from Jim Peterik on Vimeo.

is a high-performance exotic super car made in Italy and little brother to the Murcielago.

The Gallardo is available in three models: a base two-door coupe, Superleggera and Spyder convertible. It has an aluminum body and space frame allowing it a better power to weight ratio. It is powered by a 520 hp 5.0-liter V-10 controlled by a six-speed manual transmission (optional is a sequential “E-gear” transmission). The Gallardo is full-time all-wheel drive and comes with several standard safety features such as airbags, antilock brakes, traction control, and an electronic stability system.

Steve King and Johnnie Putman, Chicago radio personalities and car enthusiasts, recently visited with Jim Peterik, best known for his work with the Ides of March (“Vehicle”) and Survivor (“Eye of the Tiger”). In addition to his massive guitar collection, Peterik also collects automobiles.

In this recent interview with Steve & Johnnie, Peterik shows off his 2008 Lamborghini Gallardo. “A certain gentleman I know who plays guitar had it up to 135 miles an hour on the Eisenhower at 3 a.m.,” Peterik said. The rock legend also shows Steve & Johnnie his 2002 Plymouth Prowler, 1955 Chevrolet Bel Air, and award-winning 1958 Chevrolet Corvette. 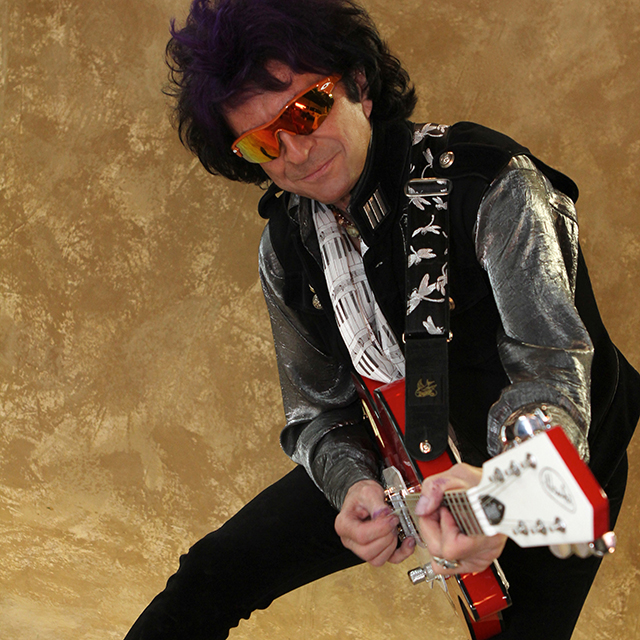 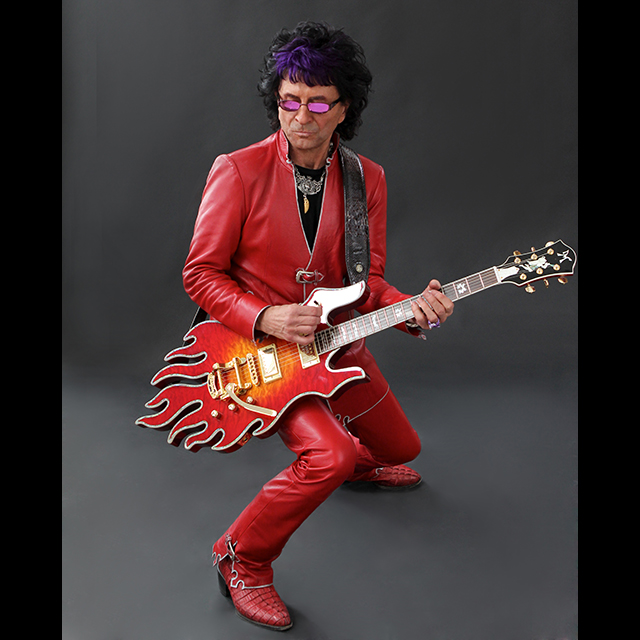 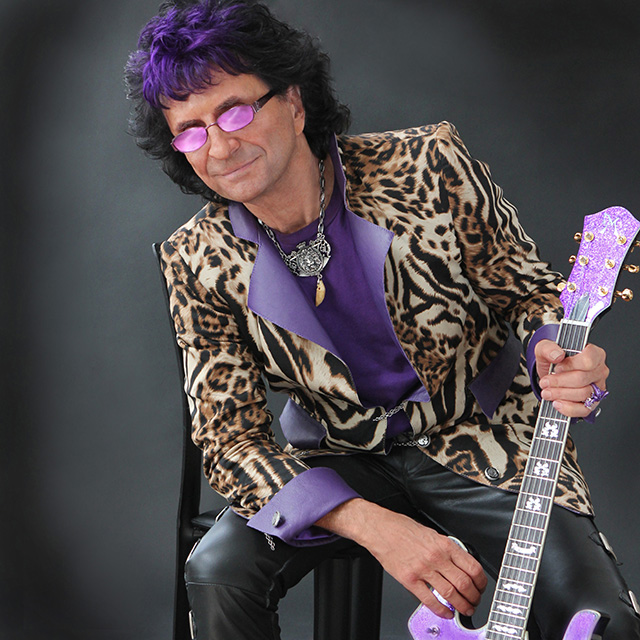 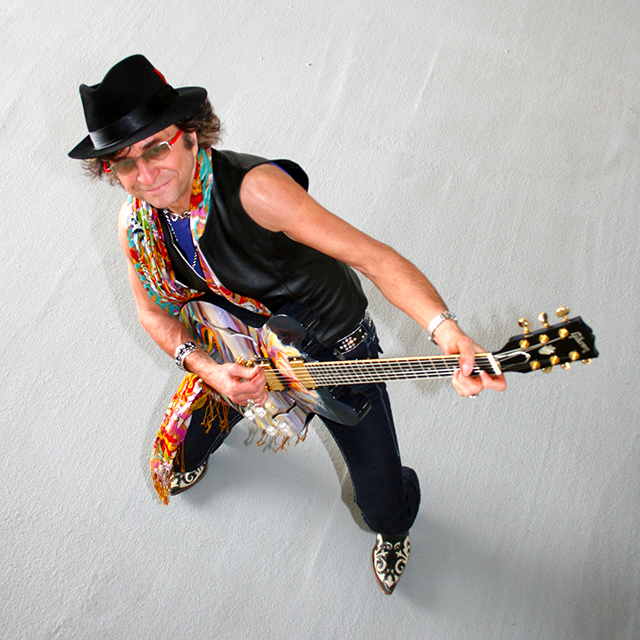 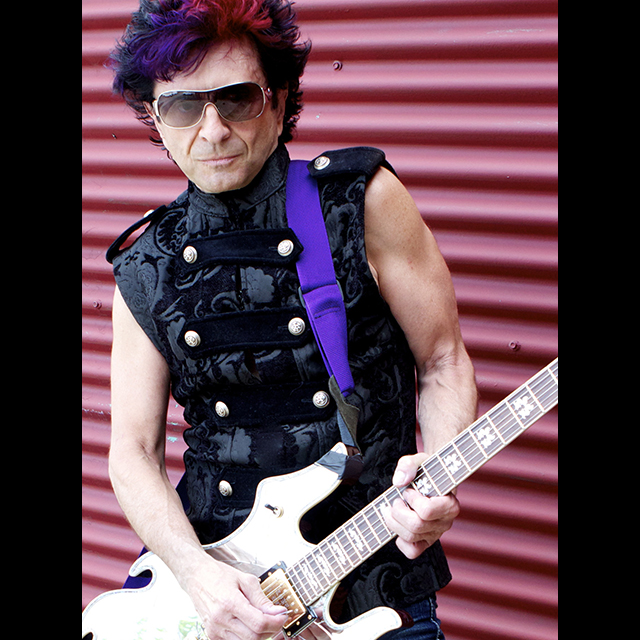 a chubby kid from Berwyn, whose mother had to shop in the husky section of Marshall Fields now has a fashion line and is the sole model of the outfits!

Jim met Richard Kickmunter after an outdoor Ides show and  complimented him on his awesome, self -made white leather jacket. Thus started their partnership co- designing most of the custom fashion Jim wears on stage (and usually to the supermarket- LOL!)

This Polish immigrant had designed clothes for The Scorpians, Ozzy Osbourne and others before Jim met him and now boasts a roster of who’s who in Hollywood. Jim is proud to say he gave him his start here in America.

This section features those outfits with photos taken by Kristie Scram and others.

If you haven’t already, be sure to buy it from one of these fine retailers listed below.

and current member of The Ides Of March and the writer or co-writer of 20 top 10 hits including the Grammy Winning, Oscar nominated Eye Of The Tiger, Jim Peterik easily fits into the category of ‘rock star.’ But a closer look at Peterik’s life and career reveal that he is anything but your typical rock star. Forgoing a life of meaningless sex and drugs, Peterik married his high school sweetheart and focused on the music, becoming one of the most prolific songwriters of his generation.

Here, for the first time, Peterik shares the stories behind his iconic songs from touring with Led Zeppelin and Janis Joplin on the heels of the Ides of March number one classic ‘Vehicle’ to his Grammy-winning, triple platinum ‘Eye of the Tiger’ with Survivor and beyond. He explores the often torturous power struggles within the band contrasted by the giddy highs that accompany a trail of worldwide hits. Peterik has also co-written songs with some of the most famous bands and artists in rock-and-roll, including 38 Special (Rockin’ Into the Night, Caught Up In You, Hold On Loosely), Sammy Hagar (Heavy Metal), Brian Wilson, The Doobie Brothers, REO Speedwagon, Cheap Trick, the platinum comeback of The Beach Boys (That’s Why God Made the Radio), and many more.

Get your copy below!

Jim Peterik collaborated in writing the best-seller Songwriting for Dummies. This book takes you on a guided tour of the complete songwriting process from start to finish, and is an excellent must have for anyone interested in writing music.

Here you will soon find tips for the budding or already established songwriter.

Expanding on his best- selling book, now in it’s second edition, Songwriting For Dummies, Jim will share stories behind songs he’s written, writing tips, lessons he’s learned and chart some of the ups and downs, victories and disappointments experienced in his 57 years as a songwriter.